Winter is coming, and the sweet-scented osmanthus is full of fragrance!

The activity scheduled in the fourth quarter is a sports meeting. Through sports, the health and well-being of employees are improved. On November 18th, we launched the first Friendship Games between Qizhen and Aligned Technology.

This is a special sports meeting. In order to bring the employees closer, before the game, we disrupted the employees of the two companies into teams, participated in the competition in the form of teams, and set slogans in the election of the captain in the group. 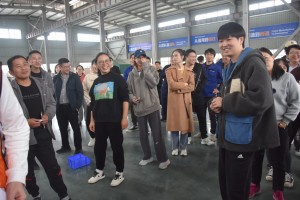 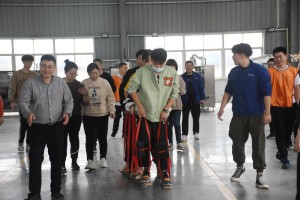 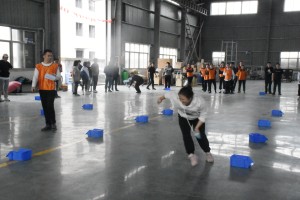 On this day, we gathered in the indoor venue of Qizhen. With the good wishes of the leaders, the sports meeting officially kicked off.

In the morning, we organized pre-match exercises and preparations, and in the afternoon we had a real game.

This competition is all group activities, no individual projects, in line with the values: initiative, progress, responsibility, practice, collaboration, righteousness. We have prepared six projects.

Rules: A group of ten people, two people are responsible for throwing the rope, and the other eight people jump one by one according to the team. Within the time limit of 90 seconds, the team with the most jumps wins.

Rules: Groups of ten, with five people at each end. After the start of the game, the team’s first participant will start first, and after completing the rope skipping challenge and the return run, the baton will be delivered to the opposing teammate, and the teammate will complete the same operation in reverse after the relay. The team that completes the relay fastest wins.

3. help each other in the same boat

Rules: A group of ten people, put two 2-3m pipes under the shoulders and hips respectively, and the ten people move according to the predetermined route. The group that reaches the finish line the fastest wins.

Rules: A group of ten people, stand in a row holding hands, each person passes the hula hoop through the body, hands and hands cannot be separated, and the team with the shortest time wins. 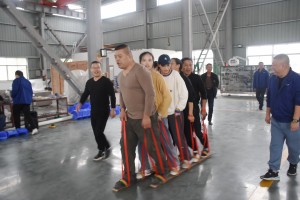 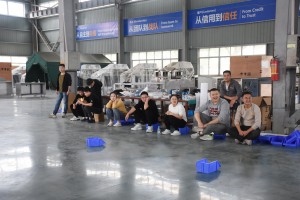 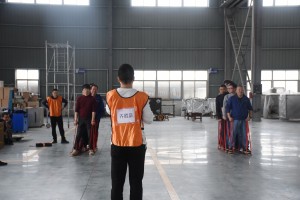 During the event, medical personnel were arranged, food and drinks were prepared for everyone, and there were also friends who recorded the whole process of the event. Great!

A person can go fast, but a team can go far. Although some colleagues are not very familiar with each other, through this event, we deeply feel: We are a team and we have done our best to honor. Even if we are not the first in the end, we do not leave any regrets. Meeting is a kind of fate, and knowing each other is an honor.

The team that won our championship is our first echelon-the double team, and the runner-up is the sixth echelon-Qiqi Alliance. Congratulations to the above two teams for obtaining the special gifts we prepared, and the happiness of representing the honor of the two groups of all team members. Point rewards.

On this different day, we have seen the long-lost sweat swaying on the field, we have witnessed your hard work, and we feel that you are shining for the glory of the team! Happiness is not asking for, but giving. Happiness is not about a person secretly reveling, but the touch of a group of people.

The Games came to an end in completeness and success. See you next year!